Who killed Violet Vario? You decide.

The truth is a slippery thing at the best of times, but what happens when you put it in the hands of an audience? With Half-Real, the whodunnit murder mystery is turned on its head, granting the viewer an unprecedented level of power.

Harnessing the latest in real-time movement tracking, 3D video mapping and projected imagery, Adelaide’s The Border Project equips its onlookers with the technology to rewind events, replay them from different perspectives, enter the minds of the suspects and revise the meanings of everything played out before them.

As you investigate a labyrinth of possible narrative pathways penned by award-winning playwright Duncan Graham, the unfolding thriller may have you wondering who exactly is being played here…

Melbourne Premiere at The Malthouse for the Melbourne Festival. 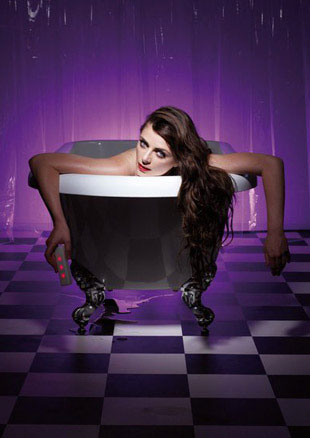 “This is something new, it is theatre for a new generation”
Hadass Ormandy-Neale
Laneway Magazine

“HALF- REAL is a ‘Gamer Production’, an entertainment experience for the competitive that like to have fun, and be actively involved.”