The Border Project’s version of The War was created as part of GORGE ’03, presented at the Adelaide Festival Centre. Gorge commissioned Joshua Tyler to write a short play, and then gave the text to The Border Project to interpret the text in it’s own style.

In Tyler’s original text, a young man and woman are in a basement, hiding from a war outside that may or may not be happening. The Border Project’s version went from the hyper-real to the surreal. The man in the basement keeps on becoming another person, the same actions and events play out again and again in a loop, and there is something in a box that will lead to all the answers.

Premiere season as part of GORGE ’03 at the Space Theatre, Adelaide Festival Centre. 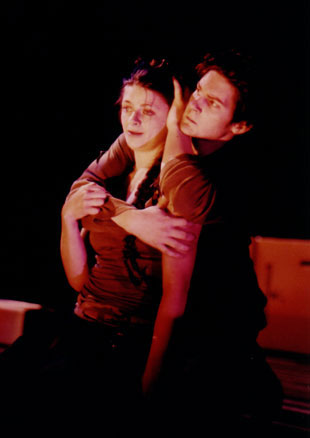