The starting point for this work was a collection of popular music, formed from songs that each member of the ensemble had a strong personal memory attached to. These songs and their attached memories served as a springboard for the creation of completely new music, text and imagery, brought together to follow an almost dream-like logic, where an engaging emotional tone is juxtaposed with unexpected, vivid imagery.

Premiere season at the 2006 Adelaide Fringe Festival at Higher Ground.

Return Adelaide season in 2007 as part of the Adelaide Festival Centre’s iNSPACE program. 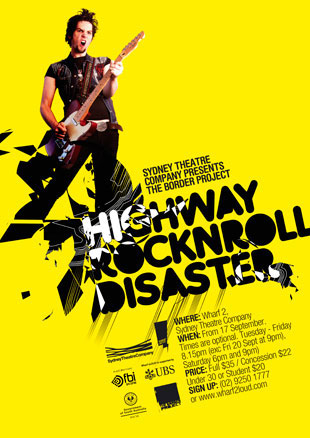 “Marketing products need to be interrogated, and it’s especially satisfying when the process is as fun and energetic as this.”
– Stephen Dunne
Sydney Morning Herald